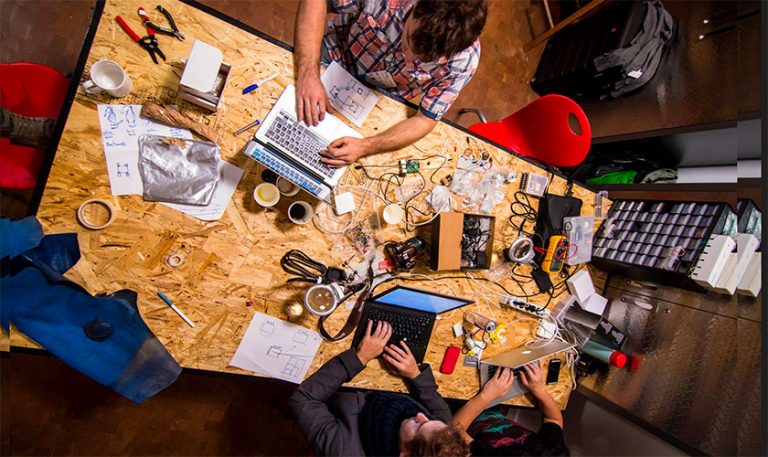 Museomix is a technological and cultural event, but first and foremost a laboratory for cultural co-creation that aims to promote the emergence of an open, networked and participatory museum. For 3 days, it invests the museum, in its physical reality with its constraints and its functioning. This friction between imagination and reality is the heart of his challenge. It is an opportunity to act and to move to action, rather than limiting ourselves to saying and describing the action.

The spirit of Museomix is first and foremost to be a place of experimentation and elaboration of new relational forms in and with the institution. It is a matter of inventing together modes of research-action to allow for a better consideration of everyone’s logic, those of professionals, researchers, and users.

For more info on the project : museomix.org/en/

This first edition of Museomix in Montreal gathered 12 teams of 6 people, each with a dedicated facilitator, for 72 hours of intense creativity.

To relive the event in photos, it’s right here.

Find here the complete list of projects and participants.

Thanks again to the Montreal Museum of Fine Arts, to the participants, to the partners and to all those who made this first edition possible!

When we organize Museomix, the biggest challenge is not to imagine the projects that could be realized, but rather to set up the most favorable context possible. You never know what to expect and this edition was beyond our wildest hopes! From the incredible quality of the prototypes, to the integration of the prototypes and the teams on site, to the staging of the museum’s content, everything was of the highest quality.

Relive the 2015 edition in pictures and discover the content produced by the participants: